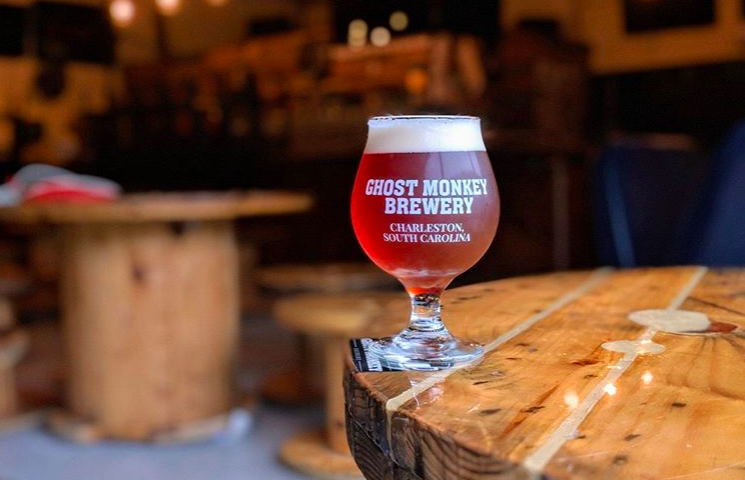 Our featured brewery this month was born from a shared passion and friendship, and now finds itself located at 522 Wando Lane in Mount Pleasant, SC.

Ghost Monkey founder, Josh Parker said, “ We wanted a laid back place where people can come and enjoy beer.” The brewery is often being praised for its great selection of beers as well as having a pool table, darts, board games, and live music.

So where did Ghost Monkey Brewing get the name? The brewery notes that it was from Josh’s personal experience of being robbed by a ghost-like monkey with quick speed. The rest is history!

Ghost Monkey Brewery prides itself on offering not only a consistent rotation of locally brewed beer but also having its own taproom that patrons really love.

This month, we’re featuring Cats Meow, a Saison, Farmer Brown, which is an American Brown Ale and My Milkshake, a Milkshake IPA here at Charleston Beer Works as part of our local brewery spotlight.