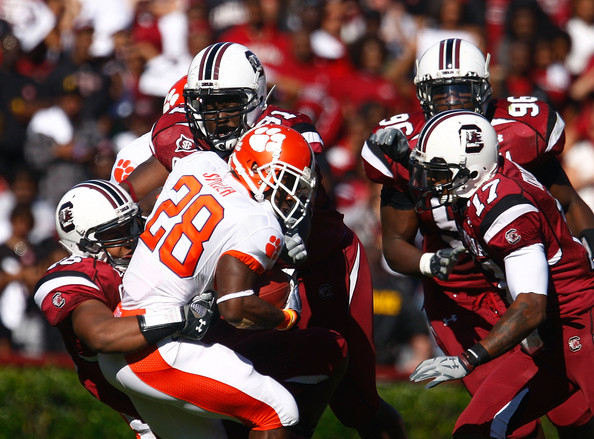 The Clemson-Carolina rivalry is over a century old and still continues to divide friends and families all over the Palmetto State. According to Sportingnews.com, this rivalry is ranked 3rd out of all college rivalries in the nation.

Not surprising, because the Southeast is serious about their college football.

South Carolina currently holds its longest winning streak over Clemson in history and will be fighting for its sixth win in a row on Saturday, November 29.

This year, South Carolina is ranked number 9 with Clemson dropping down to number 16. Both will have several exciting games this season, leading up to another nail-biting rivalry game.

Regardless of whether you’re a Clemson fan or a Carolina fan, come join us for the USC season opener against Texas A&M at 6pm on August 28!